Agriculture is the backbone of Rwanda’s economy, accounting for 80 percent of the country’s earnings and 39 percent of gross domestic product – as well as providing 90 percent of the country’s food needs (World Bank, 2013).
A major threat to farmers’ crops – and both the agricultural economy and nutritional safety of the nation – are aflatoxins- a poisonous substances produced by certain kinds of fungi that are found naturally all over the world.
Aflatoxin can contaminate food crops and pose a serious health threat to humans and livestock.
Beyond the health risks, aflatoxins also pose a significant economic burden, causing an estimated 25% or more of the world’s food crops to be destroyed annually (World Health Organization, 2018).
Aflatoxins are common across numerous crops, found in maize, peanuts, rice, sorghum, millet, wheat, and cassava, due to fungal contamination before and after harvesting.
Because contamination can occur at any stage from field to table, an integrated approach is necessary to reduce the health and economic risks posed by aflatoxins.
This means training farmers on how to avoid contamination during and after harvest, proper drying and storage of susceptible crop products, and appropriate alternative uses to retain at least some economic return on value of damaged crops.
Maize is one of the most productive crops,as important as it is, maize farmers face a great challenge in this sector due to the aflatoxin virus that is commonly fond in grains. 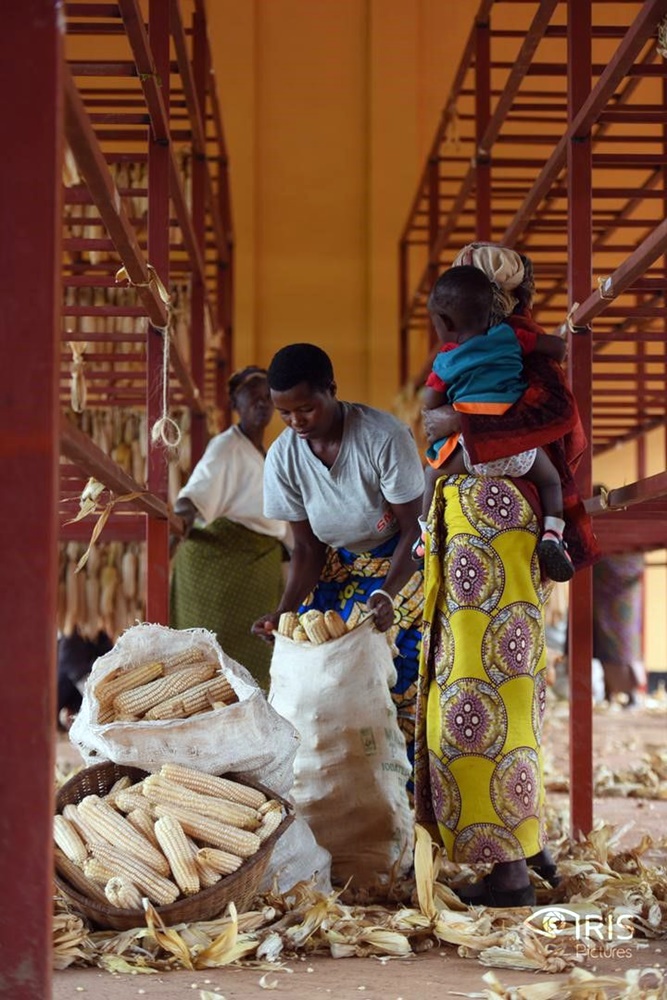 Aflatoxins are potent carcinogens and may affect all organ systems, especially the liver and kidneys; they cause liver cancer and have been linked to other types of cancer (WHO, 2018).
The Government of Rwanda and its partners are working to mitigate the problem and develop a lasting solution using Rwandan traditional farming practices to reduce seed contamination and improve quality of maize in post harvest.
Traditionally, farmers used to harvest maize and dry it on the floor, but in the back of their minds, they would spare few maize comb seeds to bank as seedlings for the  planting season.
The selected maize seeds would be hanged upside down (Gusharika) on a line outside or inside the house, to avoid wetness and fungi attack on the seed that cause toxins (aflatoxin) which are dangerous to human liver when consumed.
Over the last two years, the Clinton Development Initiative (CDI), the Ministry of Agriculture, and Eastern African Grain Council (EAGC) and Africa Improved Foods (AIF) have partnered to implement a project, funded by the Alliance for a Green Revolution in Africa (AGRA) to combat aflatoxin in the maize supply chain.
The goal of this project, funded by the Alliance for a Green Revolution in Africa (AGRA)was to reduce aflatoxin levels in maize through better awareness about aflatoxin and use of aflatoxin management strategies; training for farmers on aflatoxin causes, risks, detection, prevention, control, and postharvest in maize.
By the end of 2020, 59,430 farmers were trained, and more than 61,000 farmers participated in field-based training events in seven districts of the Eastern province, Kirehe, Ngoma, Bugesera, Kayonza, Rwamagana, Gatsibo, and Nyagatare Districts.
Since then, there has been tremendous progress in the understanding and application of best practices related to aflatoxin reduction and production in the maize supply chain.
The amount of Grade 1 grains sold to AIF rose from 61.3 percent in season B of 2019, to 91.1 percent in season A of 2020. Additionally, 90% of maize sold on the cob to AIF was Grade 1.
Kohiika Cooperative Cooperative chairperson, Gloriose Mukamana attests to the importance of these trainings, saying:
“After a training on aflatoxin our production increased, where we used to buy 200MT of maize from our cooperative members, we can now get more than 1,100 MT of grade one and two maize.Income has increased due to increase in production that is being offered by the market to our cooperative,” Mukamana said.
Mukamana said the cooperative has been able to cut down the effects of aflatoxin in our crops at a good percentage of at least 95%”
“Our farmers are happy since none of their production has been rejected from the quality market like it used to be before.
We still have farmers who are struggling in taking good care of their production and what we are doing is to educate them again on the side effects of aflatoxin and losses it can cause to their production,” Mukamana said.
At the cooperative they hope that every farmer will have understood the benefits of fighting aflatoxin and we will be aflatoxin free. 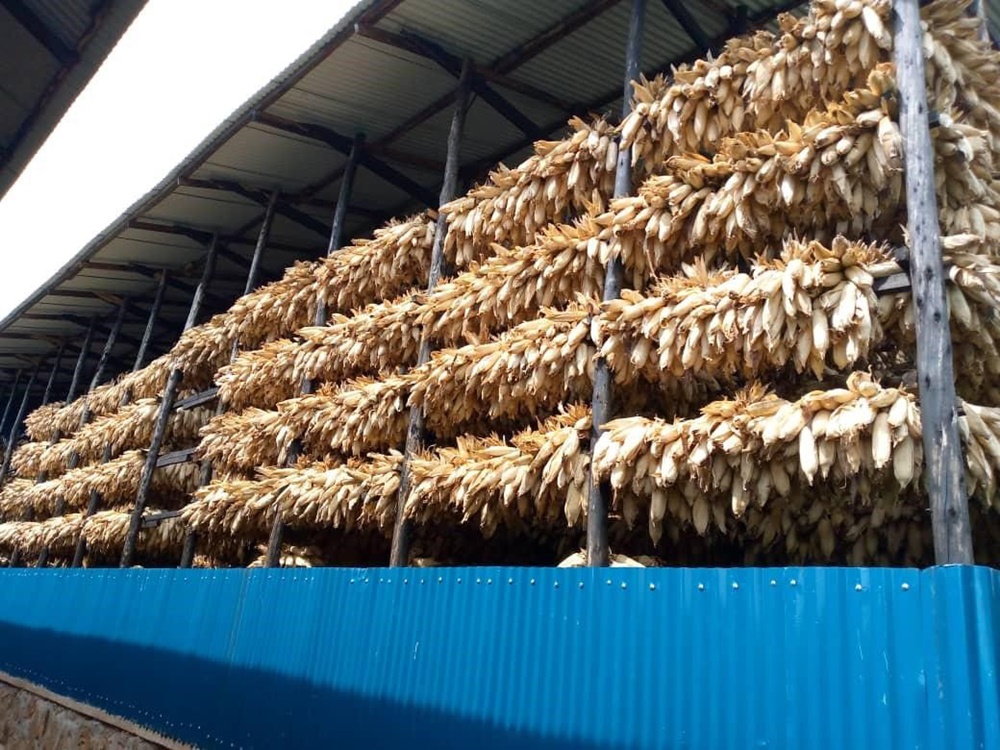 However, there is still more to be done. Currently, only nearly 60,000 farmers have been trained on aflatoxin reduction and management by CDI Rwanda.
One way to more effectively reach farmers is through cooperatives and farming communities.
CDI has supported the formation of farming community groups through its efforts over the past 15 years in the country, to help farmers meet community agribusiness compliance standards, becoming more independent and improving their lives sustainably.
With the standards put in place,it will be easy to access the farmersand easy to provide them with knowledge onhow to combat the aflatoxin in crops in large numbers as cooperative.
Looking forward, there are many opportunities for diverse actors and solutions across the agriculture sector to tackle this problem at scale.
The existing harvesting and post-harvest drying procedures in Rwanda takes too long.
It is done by maize farmers with limited or no access to drying and storage facilities based on subsistence, or local-market consumption.
These rudimentary post-harvest practices have led to long-standing quality issues and contribute to the presence of aflatoxins.
These problems are further compounded by the unavailability of drying facilities.
Critical investments are still needed to build on this work and make further progress against aflatoxins.
Experts say the agriculture sector needs investment in driers, warehouses, Aflasafe; other inputs that might help mitigate the presence of aflatoxin in production; and development of new maize varieties that might be more resistant to aflatoxin.
Farmers called on partners, funders, and markets must come together to support this work to tackle aflatoxin, enable maize markets to thrive, and boost healthy communities.
The partnership between the Ministry of Agriculture and partners is just the beginning and a great example of impactful work that needs to be scaled across Rwanda and beyond to see the reduction in aflatoxin that will unlock stronger and more resilient market linkages.
Related Topics

Dr. Mukeshimana reassures farmers with activities out of Kigali
African Plant Breeders set to host its 2nd conference in Kigali