The Central African Republic President, Faustin Archange Touadéra is protected by Rwandan Soldiers who took over the CAR’s republican guards.

Earlier in December 2020, Rwanda deployed force protection troops to the Central African Republic.‘’The deployment is in response to the targeting of the Rwanda Defence Force (RDF) contingent under the UN Peacekeeping force by rebels supported by François Bozize’’ The Rwanda’s Ministry of Defence statement reads in line.

Speaking to reporters recently in Bangui, Lt Gen Daniel Sidiki Traoré, The Force Commander of MINUSCA, commended RDF for doing an outstanding job in helping the country find its footing after decades of upheaval. Traoré noted that he has never heard of any security issue pertaining to the security of the CAR Head of State, thanks to the Rwandans.

Rwanda Defence Force has become the world peacekeeping giant due to its discipline and professionalism. This created a spirit of cohesiveness between RDF troops and people in territories that they supposed to protect.  Having Rwandan troops in peacekeeping missions enhanced image of UN peacekeepers that have been referred to as ‘’armed tourists’’ in many instances.

The United Nations Peacekeepers have been criticized for failure in some situations to protect the lives of citizens and their property. The critics say that instead of ensuring that citizens who are under their mandate are protected they sit back and watch.

But this is not the case with Rwanda Defence Force which is among the top contributing countries around the world. Taking on what is not possible to many and make it possible has made RDF transform the image of peacekeepers.

In peacekeeping mission around the world, the RDF through its strategy of citizen engagement, engages citizens in territories under its control to participate in their security as well as ensuring regular patrols. This has not only increased protection of the citizens but has created a dialogue platform which facilitates reconciliation and peace building, one of the core elements towards ending conflict.

With this, the United Nations has continued to credit RDF. For example, the CAR President is protected by Rwandan Soldiers who took over the CAR’s republican guards. The safety of that country’s head of State is now in the hands of Rwandan Army.

Serving the society has also been one of Rwandan peacekeepers top priorities whereas they construct infrastructures to help people to access basic services. Amid the progress, the United Nations (UN) identified RDF as a qualified Peacekeeping agent. 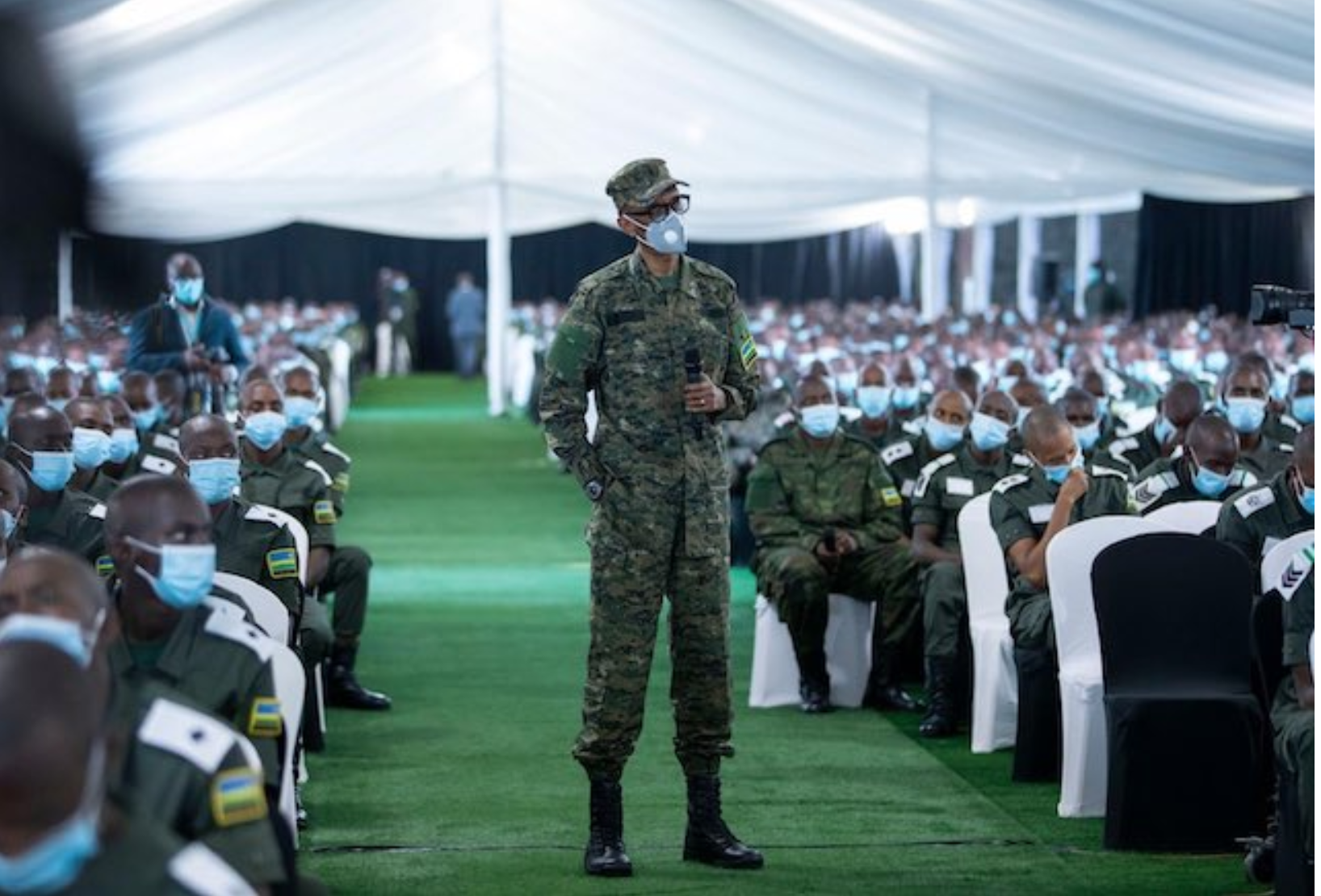 We now count twenty-seven years since the then Rwanda Patriotic Army, now RDF, which was led by President Paul Kagame halted the 1994 Genocide against the Tutsi that left over one million dead.

The image of the Juvenal Habyarimana’s Rwandan Armed Forces (FAR) was characterized by brutality, ethnicity, and disregard for the rights of the people that it was supposed to protect.

In 1994, FAR involved in the planning and execution of the Genocide against the Tutsi. During this horrific period, the army participated in acts of  violations of human rights: massacre, rape, and torture.

Rather than being the protector, it was the destroyer of the people, especially the Tutsi.

After the 1994 Genocide, the victorious Rwanda Patriotic Army (RPA) welcomed and integrated their defeated foes – the Ex-FAR – into their ranks and jointly became part of the national army, now called Rwanda Defence Force (RDF).

Under the leadership of President Paul Kagame, the Commander-in-Chief of the RDF, the army has been transformed into a formidable force.

In addition to bring and maintain peace and security, the RDF has continued to play an active role in developmental activities that have transformed the lives of ordinary citizens through activities like Army Week, an outreach program where soldiers carry out voluntary service.

During this activity, Military travel to the remote parts of the country to deliver health services, build classrooms and health centers among others. These and many more activities are all geared towards uplifting the social welfare of vulnerable Rwandans.

The success of the RDF is built on ensuring strict discipline, fairness, and utmost professionalism, with the wellbeing of the people being at its core.

City of Kigali under 15-day lockdown to slow virus
Dr. Mukeshimana reassures farmers with activities out of Kigali