Renowned Priest Fr. Ubald Rugirangoga, who is known in activities promoting unity and reconciliation and prayer for the sick has passed on this January 8 aged 66 in the United States of America.

The news was shared by Bishop Celestin Hakizimana of Gikongoro Catholic Diocese who is also managing Cyangugu Diocese in a communique addressed to Antoine Cardinal Kambanda, fellow bishops, priests and Christians of Cyangugu Diocese, and family of late Rugirangoga.

“Burial arrangements will be announced in a different communique,” the announcement reads in part.

“May he rest in eternal peace.”

Unconfirmed information goes that the priest succumbed to COVID-19, a global pandemic that has killed 113 in Rwanda as of January 7.

Father Rugirangonga was most known in activities of healing and restoration in the aftermath of the Genocide committed against Tutsi where he played a big part in promoting reconciliation among the Genocide survivors and those who committed the Genocide.

He was personally a living example after forgiving children of those who killed his family and catering for their education among others.

He has been a priest for more than 30 years, and at the time of his death, he was serving in Cyangugu Diocese.

Rugirangoga was the Director of Centre of Secret of Peace in Nkanka Parish, Rusizi District.

He was born in February 1955 in former Cyangugu Prefecture, Karengera commune which is Rusizi district currently. 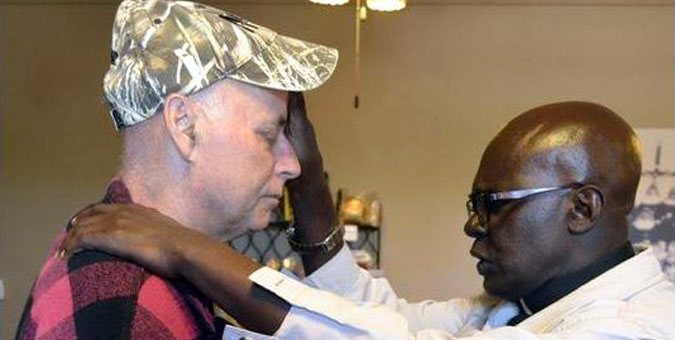 Rugirangoga was ordained a priest on July 22, 1983, in Mwezi Parish, Cyangugu Diocese. He survived the Genocide committed against Tutsi in 1994 when his mother and family were killed. His father was also killed earlier in 1970s for being Tutsi.

In 2015, Rugirangoga was awarded the medal dedicated to abarinzi b’Igihango (protectors of friendship pact). Rwanda gives this medal to people who heroically strived to save people in danger-mostly during the Genocide, did unique activities in the promotion of unity and reconciliation among others.

Testimonies of families in Mibirizi parish where Rugirangoga started this initiative were shared where for example a son from a family that killed during the Genocide, would marry a girl from a family where some members were killed by his parents. 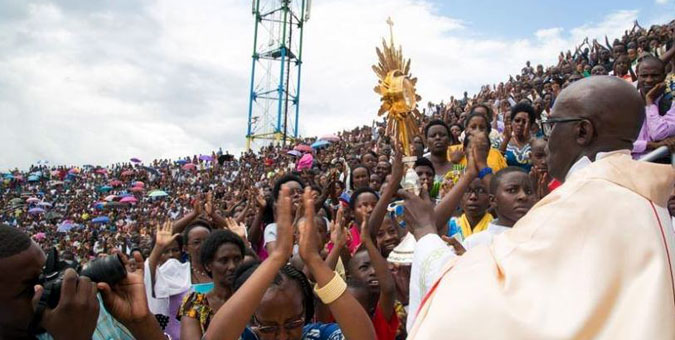 On several occasions, Rugirangoga also organised healing crusades where huge crowds would gather. Several testimonies say that they healed from diseases during these prayers that had to be organized at stadiums or other big venues across the country.