“I think there are between 250,000 and 300,000 people who are now without homes,” said Marwan Aboud, Beirut Governor.He added that the estimated cost of the damage from Tuesday’s explosion in the port area was between $3.0 billion and $5.0 billion dollars.

Emergency medical aid and pop-up field hospitals have been dispatched to Lebanon, as the world offers assistances.

The blast  killed more than 100 people.

Emergency medical aid from Kuwait arrived in the Lebanese capital on today morning where more than 4,000 people are being treated by the Lebanese Red Cross. 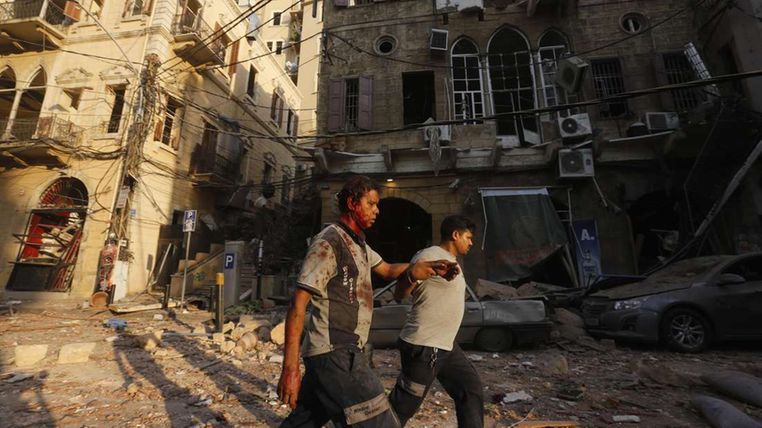 A wounded man is helped as he walks through debris in Beirut’s Gemmayzeh district following a twin explosion at the port of Lebanon’s capital on August 4, 2020.

Lebanon Prime Minister Hassan Diab called on “friendly countries” to support a nation already reeling from its worst economic crisis in decades as well as the coronavirus pandemic.